John Calvin - From Geneva to the world 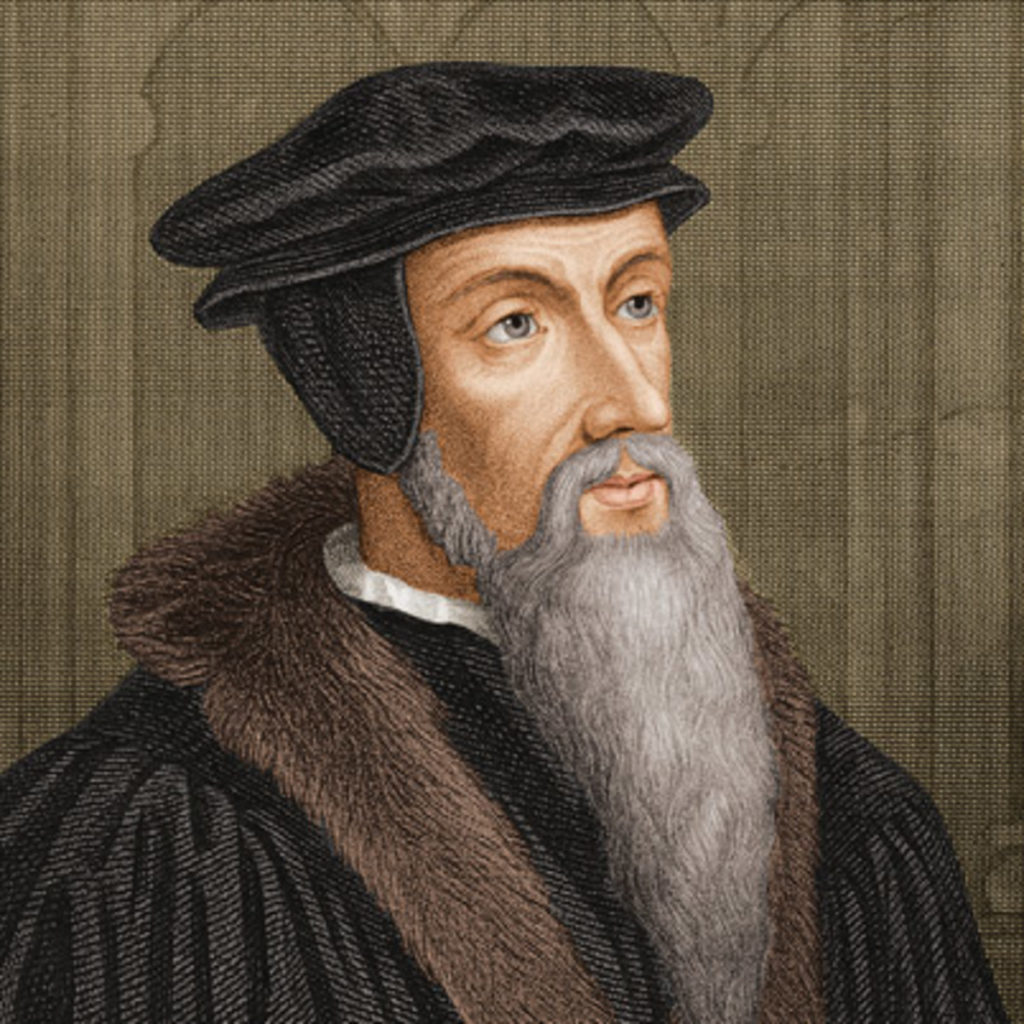 [For the background to this series of articles see the post for May 2022, Forty years ago]

From Geneva to the world

Calvin and Geneva. The two are inseparable. For though John Calvin was a Frenchman most of his adult life was spent in the famous Swiss city. First from 1536-1538 and then from 1541 till his death in 1564 Calvin served as a minister of Geneva’s cathedral church of Saint Pierre. From Geneva, too, his teaching has impacted the world. Yet had he had his own way his connection with the city would not have extended beyond a single night.

I wonder how many can trace their commitment to the work of teaching and preaching God’s word to a fear of God’s curse? Calvin was one! According to T.H.L. Parker, whose John Calvin: A Biography is the primary source for this article, Calvin, at the time, ‘had no intention of being a pastor or of undertaking public office. A life of scholarship…seems to have been his aim.’ His one night stay in Geneva, however, changed everything.

The man responsible was another eminent Reformer, Guillaume Farel. Here is the story in Calvin’s own words. On discovering that Calvin was in Geneva, ‘Farel, who burned with an extraordinary zeal to advance the gospel, immediately strained every nerve to detain me. And after learning that my heart was set upon devoting myself to private studies, for which I wished to keep myself free from other pursuits, and finding that he gained nothing by entreaties, he proceeded to utter the imprecation that God would curse my retirement and the tranquillity of the studies which I sought, if I should withdraw and refuse to help, when the necessity was so urgent. By this imprecation I was so terror-struck, that I gave up the journey I had undertaken’. It was, he says, ‘as if God had from heaven laid his mighty hand upon me to arrest me’.

A word or two about Calvin’s beginnings. Jean Cauvin, to give him his French name, was born on the 10th of July 1509 in Noyon in Picardy, northern France. His father, Gerard, a lawyer, originally intended that Jean should train for the priesthood. Later, however, after Jean’s studies had begun at the University of Paris, Gerard changed his mind. From Paris, Jean was sent to the University of Orleans to study civil law. In 1529 he progressed to further study, and some lecturing, at the University of Bourges.

It was during this time (we don’t know either the date or the circumstances) that Calvin was converted. The little that we do know is from Calvin’s own pen. In the preface to his Commentary on the Book of Psalms, referring to his study of law, he says, ‘To this pursuit I endeavoured faithfully to apply myself, in obedience to the will of my father; but God, by the secret guidance of his providence, at length gave a different direction to my course. And first, since I was too obstinately devoted to the superstitions of Popery to be easily extricated from so profound an abyss of mire, God by a sudden conversion subdued and brought my mind to a teachable frame…Having thus received some taste and knowledge of true godliness, I was immediately inflamed with so intense a desire to make progress therein, that although I did not altogether leave off other studies, I yet pursued them with less ardour.’

Calvin’s call to stay and help Farel in Geneva came after a number of years spent moving from place to place. The principal fruit of these years was the first edition of his famous Institutes of the Christian Religion. Published in early 1536 it was, as the title page informs us, The Basic Teaching of the Christian Religion comprising almost the whole sum of godliness and whatever it is necessary to know on the doctrine of salvation. Calvin wrote it so that there might be no doubt as to the truths for which a considerable number of French believers had been martyred. So too for believers in need of instruction. ‘I had in mind’, he writes, ‘to hand on some rudiments by which anyone who was touched with an interest in religion might be formed to true godliness. I laboured at the task for our own Frenchmen in particular, for I saw that many were hungering and thirsting after Christ and yet that only a very few had even the slightest knowledge of him.’ The Institutes passed through numerous editions in the course of Calvin’s lifetime, expanding considerably in the process. It is the best known, the most important, and the most influential of all his writings.

Calvin’s initial time in Geneva was both short and difficult. In April 1538, about a year and a half after arriving, his ministry abruptly ended. Both he and Farel were expelled. What had gone wrong? Geneva was a self-governing city state that had embraced the Reformation. But when it came to the detailed outworking of this in church, civil and personal life there was considerable opposition from city leaders and private citizens alike. As time went on the opposition grew rather than diminished, especially over the matter of church discipline and access to the Lord’s Table. Calvin and Farel, who were spearheading the movement for reform, were eventually given three days to leave.

From Geneva Calvin went first to Basel and then to Strasbourg, another independent city state, where for two years he pastored a congregation of several hundred French refugees. Life in Strasbourg, as in Geneva, was hard for Calvin. For one thing there was the sorrow of losing a number of dear friends. He was also very poor. Nevertheless, it was a happy period of his life. He was able, for example, among his French congregants to exercise the kind of pastoral ministry that had not been possible in Geneva. It was in Strasbourg, too, that he married. His wife’s name was Idelette de Bure, a widow with two children. They had a mere nine years together and when she died Calvin could write, ‘Truly mine is no common grief. I have been bereaved of the best friend of my life, of one who, if it had been so ordained, would willingly have shared not only my poverty but also my death.’

A proposal, in 1540, that he should return to Geneva was anything but welcome. ‘Rather would I submit to death a hundred times than to that cross on which I had to perish daily a thousand times over’. Nevertheless, the city had come to regret its actions, felt its need of Calvin, was eager for his return, and more sympathetic to reform than before. Finally, though dreading the prospect, Calvin agreed, re-entering Geneva on the 13th of September 1541. He was to remain there for the rest of his life.

Calvin’s pulpit ministry in St Pierre resumed at the point at which he had left off three and a half years before, ‘by which’, he says, ‘I indicated that I had interrupted my office of preaching for a time rather than that I had given it up entirely.’ And how much he preached! Twice on Sundays and once on every Monday, Wednesday, and Friday. From October 1549 onwards, twice on Sundays and every day of the week on alternate weeks. It was his practice to preach on the Old Testament on weekdays, the New Testament on Sundays. ‘Calvin preached’, says Parker, ‘without notes and, it would seem, direct from his Hebrew Old and Greek New Testament. He had little time for immediate preparation, but his close knowledge of the Bible and his wide reading stood always at the command of his memory. Moreover, he had…written commentaries on many of the books he was expounding’

From 1549 a professional scribe was employed to take down Calvin’s sermons word for word. He was a Frenchman by the name of Denis Raguenier. With his system of shorthand he was equal to the task of putting on paper, with quill pen and ink, hour long sermons six thousand words in length. Here are some of the results: one hundred and eighty-nine sermons on Acts, one hundred and seventy-four on Ezekiel, two hundred on Deuteronomy, one hundred and fifty-nine on Job, three hundred and forty-two on Isaiah. The church to this day is in Raguenier’s debt. Some of these collections, translated into Elizabethan English, have been reproduced in facsimile by the Banner of Truth Trust. Others have been reprinted by the Trust in modern English. With them we can, as it were, take our seats in St Pierre and listen to Calvin preach just as his original hearers did.

Geneva continued to be a scene of conflict for many years, especially, as before, over church discipline and access to the Lord’s Table. But from 1555 onwards things became easier, making Calvin’s final years years of comparative peace. In addition to his preaching, he was busy teaching the Old Testament to the students of the University of Geneva, turning his lectures into Old Testament Commentaries (with the help of stenographers), preparing the final edition of the Institutes (it was published in 1559), and carrying on a massive correspondence. And all the time in increasingly poor health. A letter dating from 1564, detailing his many ailments, is heart-rending to read.

As he came toward his end we find him humbly asking the forgiveness of the city leaders for his impatience and bad temper. It was part of his nature, he said, but a part of which he was ashamed. He could also say to his fellow ministers, ‘As to my doctrine, I have taught faithfully, and God has given me grace to write what I have written as faithfully as it was in my power. I have not falsified a single passage of the Scriptures, nor given it a wrong interpretation to the best of my knowledge.’

Calvin died on Saturday 27th May 1564 and was buried in Geneva. How his many enemies would have loved it had his teaching been buried with him! But it hadn’t. Through his commentaries, his sermons, his tracts and letters, and above all his Institutes the impact of his teaching has been felt around the world. Right to this day. In church and society alike. And for good.